A brand
with Tradition

With over 125 years of experience we create durable quality tools for optimal results. Our limited edition range “Bison 1879” is forged by hand in Großschönau, Saxonia – Made in Germany in the best tradition of craftsmanship.


BISON 1879 originates from the family tradition of master-smith Moritz Trept, a tradition that later became BISON, the company. Today BISON is synonymous with high-quality tools and craftsmanship, and when using them this heritage becomes abundantly clear.

Trept began making horseshoes, nails, hammers, knives, scythes, hatchets and axes by hand. Everything he made wore his signature symbol, the horseshoe. He began specializing in hand tools, and in 1906 he had the first patents for tools made in his forge, pending.

They added a repair shop with an autogenous welding machine. In the 1930’s the company moves to a new location, a lcation that BISON still produces at today.

The blacksmith-family specializes their craft: the give up producing horseshoes and carriage building.

From this point on the tool factory branches out to producing metal, iron and sheet metal goods next to their line up of traditional hand-tools. In August of 1969 Rudi Trept secures the name BISON for hand-wielded tools such as Axes, hatchets, hoes and hammers. The forge is renamed aswell.

The tool factory is nationalized by the DDR . The name remains, and soon BISON is known as one of the most influential producer of forged tools in all of europe.

The factory mainly produces high-quality axes, hatchets and hammers as well as tools for the national guard, fire brigades, mining companies and railroad companies. Their products are also exported to places all over the globe.

After the Berlin Wall came down and the DDR ended, BISON was converted into a trust company.

Bison produces high-quality tools for forestry and is among the leaders in the industry in Europe.

Furthermore, BISON produces tools for special uses for fire brigades, the germany army and others. A lot has changed in the past 137 years but what has remained is the horseshoe-seal. The seal, applied as a traditional embossment, stands for excellent high-quality handtools that BISON has produced since 1879. 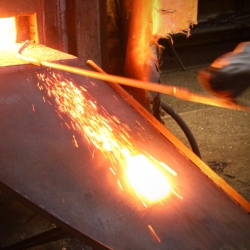 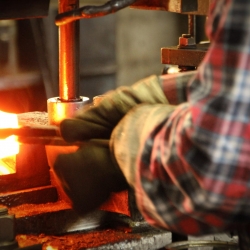 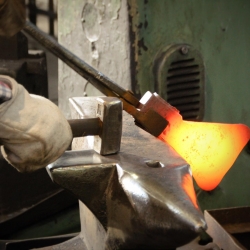 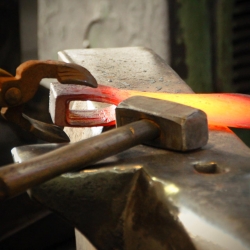 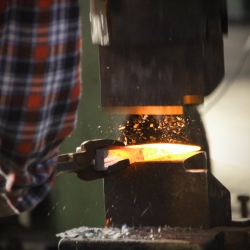 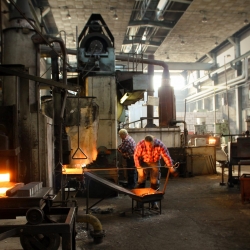 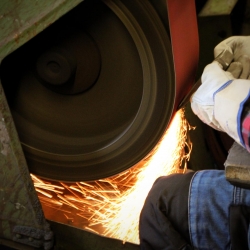 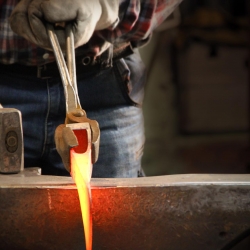